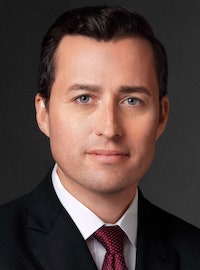 Eric Dinnocenzo has extensive experience representing consumers and injured persons in civil litigation against corporations and insurance companies. He has tried numerous cases before judges and juries, and has argued and submitted briefs to appellate courts, including the Second Circuit Court of Appeals.

Mr. Dinnocenzo has also spoken at legal education programs and published legal articles in the areas of insurance denials, employment discrimination, and complex issues in civil litigation. He has been interviewed by print media and has been a guest commentator on television.

Immediately after graduating from law school, Mr. Dinnocenzo worked as a civil legal aid attorney. He tried his first case before he was admitted to the bar, obtaining the largest verdict on behalf of a tenant ever recorded by his office.

Mr. Dinnocenzo subsequently was an associate at two prominent boutique civil litigation firms before starting the Law Offices of Eric Dinnocenzo in 2011.

Mr. Dinnocenzo has a strong commitment to public service, having been a volunteer attorney at housing clinics and at the New York City Housing Court.

Publications
Presentations
Volunteer Experience
Contact Us
Practice Areas
Client Reviews
★★★★★
I thank you for listening to me, for your support and kindness. I said this to you before, however, it is worth repeating - I'm glad to know there are people like you in this world. It gives us all hope. Stacey G.
★★★★★
Thank you for fighting for us, against Goliath! Nothing came easy, and you thought outside the box, at all times. Thank you for your professionalism, your patience and your good nature. Miriam J.
★★★★★
We wanted to thank you once again for the wonderful help you were to Paul (and to me) and for your very caring nature. Barbara N. (mother) and Paul N. (son)
View More
Submit a Law Firm Client Review